Steve will be running classes on a Tuesday Night as well as some 11am classes during the week. He will also be around to train with the fighters and share his years of experience with everyone.

Steve comes with an extremely impressive resume and highlight real which can be seen below:

With a 5-1 professional boxing record (including 4 KO wins) across 4 different weight divisions and a professional kickboxing record of 45 fights under his belt, 35 wins with 24 by KO, Moxon’s fast, explosive and fluid fighting style, marks him as one of the most exciting and entertaining fighters on the global circuit today.

At 169 cm (5f-7”), the 26-year-old Moxon, one of the hottest properties on the Australian fight circuit, is also one of the shortest fighters in his weight class. But with Moxon’s dynamite-like power in both hands combined with the tremendous amount of forward pressure he puts on opponents while looking for the finish from the opening bell, have been the key factors behind his repeated, highlight-reel worthy finishes.

In 2010 Moxon represented Australia in the Enfusion Fight series in Koh Samui, Thailand, where he got to train and fight against some of the world’s best fighters.

After that, 2011 was an even bigger year, competing and winning against some of the top ranked fighters in the sport in 8 fights over 12 months – constantly keeping motivated and fuelled for more action. Given the choice, he’d fight every week!

In May 2012 Steve fulfilled a career goal, in becoming the WKF middle weight World Champion Vs a great fighter from France, Expidito Vallin.

If you have any questions please feel free to contact us 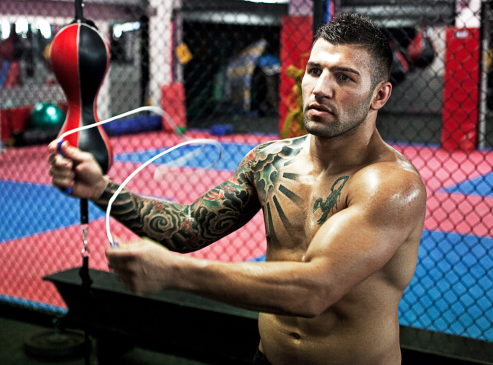