In 2009 John took up Muay Thai training as a way to get fit and lose weight. Battling obesity, taking up Muay Thai was a life-changing decision for John as he lost almost 40 kilograms in the first year. John completed his first fight just to tick it off his bucket list, but in the following three years he’d won multiple titles and competed in 15 fights! John started Main Event Fitness in 2012 while he was working at another gym. In 2013 John quit his full-time job working in IT and studied to receive his Diploma of Fitness. Upon completing his Diploma John opened a small studio in Breakwater to follow his dream. Within a year the business had outgrown the studio and John moved the business to Geelong West where he opened Geelong’s best fight gym. John has fought competitors from all over the country and worked with many of Geelong’s elite athletes. He has also travelled to Thailand many times to develop his skills and deepen his passion for the sport. John has won multiple titles, including: 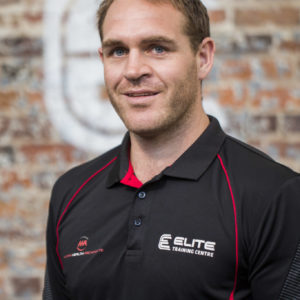